My photography MA show (1994) was hopelessly ambitious. I wanted to critique key aspects of Western culture using Jacques Derrida’s philosophy of deconstruction. Yes, seriously! It was an audio-visual show that was pretty much incomprehensible to anyone who hadn’t read my fulsome explanation. As you might expect, most people wandered in, watched in mild bewilderment for moment or two, then left. On the up side, I passed with a Merit and learnt a lot about how far you can push thinking with photography!

There’s an approach to photography that very deliberately constructs the image. Victor Burgin, an ‘80’s photographer and writer, edited a book on this approach called Thinking Photography (1982). Burgin was hugely influential on my BA training at the Polytechnic of Central London and, in turn, on my MA work. Burgin’s images can be powerful; Fiction Film, 1991, for example. But they can be over analytical and even anti-aesthetic. Victor Burgin claimed that “There’s no point in making any more images”. He suggested that “There are already enough photographs in the world… What we need to do is re-read the images we already have.” That’s exactly what I was doing in my MA show, as these are photographs of tv adverts.

My MA show was perhaps an example of taking the construction of photographic meaning too far: Over-thinking photography. Not long after finishing my Masters, I put my camera away. I’d got so bogged down in theory and analysis of the image that I couldn’t create anymore. Years later, I bought a compact digital camera and rediscovered my passion. I had to forget a lot of photographic theory to be able to take pictures again, but I can see the influence of Burgin’s approach in some of my work today. It’s now very subtle and emerges from a tacit awareness of visual meaning that’s more embodied than conscious. 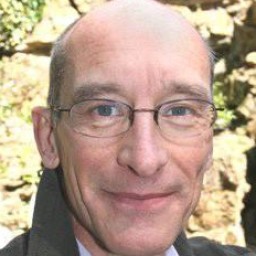